The bunad is a traditional Norwegian costume worn by both men and women. It can either come from established rural traditions or have a more modern design inspired by historical patterns and cuts. Traditionally bunads represented the family home and area they came from but now in the modern world where moving from place to place is a necessity, Norwegians wear the bunad tradition from the place they have the strongest attachment.   Today the bunad is worn for celebrations and special occasions.

The Bunad with molded wool, embroidered cuffs and silver stitching is still not complete without its silverwork. Handmade cuff-links, decorative brooches, belts and keys all add important stories to the bunad, completing the tradition. These stories tell the life of the person who wears them.

Bunads are often handed down from generation to generation, it tells a family’s history.

The Constitution of Norway was passed unanimously by the Eidsvoll Assembly on 16 May 1814 and signed the next day.

The celebrations began spontaneously among students and others from early on, but as Norway was in a union with Sweden, King Karl Johan of Sweden and Norway banned the festivities between 1820 and 1829.

The first public address was held in 1833 by Norwegian poet Henrik Wergeland, and from then on, 17 May has been celebrated as Norway’s national day.

All over Norway, children’s parades form the central element of the celebrations, with school marching bands and an abundance of flags.

The longest parade is in Oslo where about 100,000 people participate in the main festivities in the city centre. The parade includes some 100 schools and passes the Royal Palace where the royal family greet everybody from the balcony. The parade is broadcast on national television. 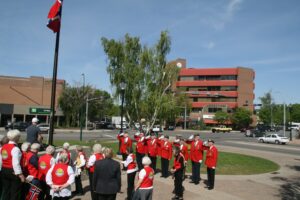 In Norway, traditions take place throughout the season, but the main Christmas celebration takes place on Christmas Eve. On this day, almost every Norwegian eats rice porridge or rice pudding!

Many families make risengrynsgrøt, or rice porridge, in the morning, so that they can add whipped cream to the leftovers to make riskrem, a fluffy rice pudding for that evening’s dessert. Risengrynsgrøt is traditionally served warm and topped with sugar, cinnamon, and butter. Riskrem, served chilled, is commonly topped with a berry sauce. 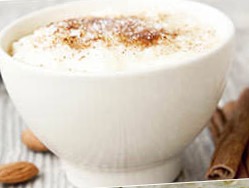 The custom of hiding a scalded almond in the porridge is widespread throughout Scandinavia. It originates from ancient times when it was said that whoever got the almond would be the first to get married.

Now it is traditional for families to place a single, blanched almond inside the rice porridge or pudding. Whoever finds the almond will have good luck, and often gets a prize (usually a small marzipan pig or chocolate), and the distinction of getting to open their presents first! 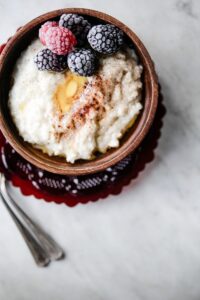 When the glaciers retreated and Norway became populated, its new inhabitants discovered mythical creatures with supernatural powers – creatures called “trolls”.  They are to be found in gloomy forest, waterfalls, moonlit lakes, deep fjords and on snow-covered mountains.

Some are enormous; others very small.  Trolls have only four fingers and toes on each hand and foot-long crooked noses and bushy tails.  Some have just one eye in the middle of the forehead.  Some have two or three heads.  Trolls are creatures of shadow and darkness: direct sunlight makes them crack and turn to stone.

Trolls live to be several hundred years old.  They are ragged and look frightening, but nearly all of them are kind.  However, they can get terribly angry so it’s important to stay on the right side of them. 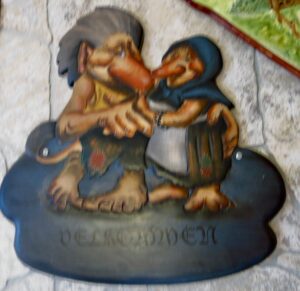